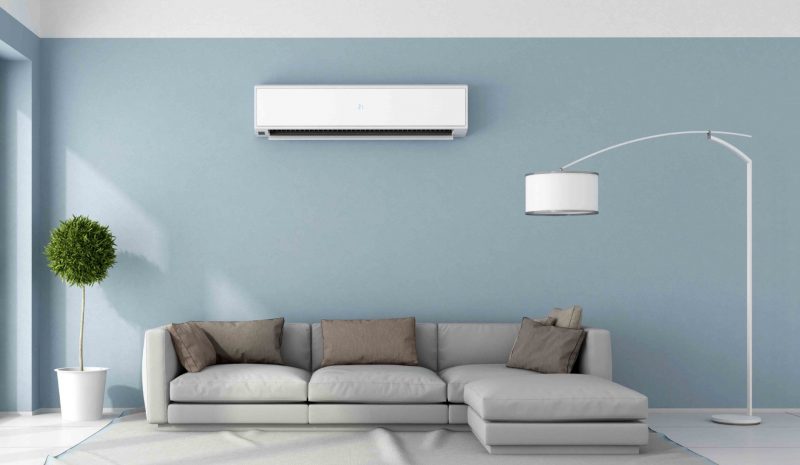 Reasons To Invest In a Mini-Split System

Ducted heating and cooling systems are currently the most common choice for homeowners in Bradenton, FL, but that doesn’t mean a ducted system is the best choice. Ductless mini-split systems provide homeowners with an excellent alternative, allowing them to improve temperature indoor temperature control while simultaneously increasing ventilation. There are so many reasons for homeowners to invest in a mini-split. Read on to find out about a few reasons that Florida homeowners are starting to invest in these flexible, efficient systems.

With Mini-Split Air Conditioning, installers can use customized configurations to ensure maximum comfort and convenience. While accepted layouts for conventional ductwork are limited in most modern homes, mini-split systems are much more flexible. They can be installed as floor-mounted, ceiling-mounted, or wall-mounted units, making it much easier for installers to ensure optimal placement.

In most homes, some rooms are naturally cooler than others. Kitchens tend to be warmer than bedrooms, to give just one example. Mini-split systems allow homeowners to independently control temperatures in each individual room, making it easier for everyone in the household to stay comfortable and often reducing energy consumption.

The fact that mini-split systems don’t require traditional ducts that run through the entire home also makes it easier for homeowners on a budget to make the switch. They can start with just one zone of their houses, then add new areas as they save up money or pay off their last installation bills. Installing a system this way doesn’t require making substantial changes to the mini-ducts that have already been installed, so it won’t cost homeowners any more money than installing it all at once.

Mini-split systems take up very little space. Unlike their large, bulky ducted counterparts, they’re perfect for small rooms or hallways where space is a hot commodity and every inch counts. The fact that they are so small and unobtrusive also means there’s little need to factor them into important decisions about interior design and decorating.

Let’s face it: ductwork is ugly. Even high-quality ducts chosen to match the home’s interior design are bulky and obtrusive. Since mini-split systems are smaller, they’re much less obvious and less likely to detract from the overall appearance of the home. No matter how a homeowner likes to style his or her space, a mini-split cooling system won’t detract from the overall aesthetic.

Installing a traditional, ducted system can take several weeks. That means several weeks of disruption and mess and much higher labor costs. Depending on the size of the home, an experienced air conditioning service can usually install mini-split systems in a single day, which can cut back on labor costs and unnecessary disruptions to residents’ lives substantially.

Invest in a Mini-Split for Lower Monthly Bills

Since mini-split systems allow families to control the temperature in each room of their houses separately, they’re much more efficient. Plus, the air doesn’t have to travel through many yards of large ductwork, so it doesn’t heat up before it reaches the room being cooled. These improvements in efficiency mean that homeowners don’t have to run their systems as often or for as long to achieve optimal results.

According to Energy.gov, “Since mini-splits have no ducts, they avoid the energy losses associated with ductwork of central forced air systems. Duct losses can account for more than 30% of energy consumption for air conditioning, especially if the ducts are in an unconditioned space such as an attic.”

Instead of working its way through the home’s air ducts, the cooled air can be routed directly into the right room, reducing energy consumption and leaving homeowners with lower monthly bills. Eventually, the system will pay for itself in monthly savings which is a great reason to invest in a mini-split A/C.

Better for the Environment

Ducted heating and cooling systems emit a lot of noise. That should be unsurprising given how much mechanical energy it takes to push and pull air through large ductwork spanning an entire home. Not only do traditional HVAC systems make a lot of noise when the motors turn on, but the air traveling through the ducts can also produce unwanted, high-pitched whistling sounds.

Mini-split systems are much quieter. The ducts are smaller, which means they’re powered by smaller motors, and the air is routed directly from the system to the room being cooled, which means less noise pollution in other rooms. Most residents will find that their systems are so quiet they can’t even tell when they are running.

Bradenton residents spend a lot of time indoors, especially during the hottest months of summer when their air conditioning systems are running full blast, so maintaining air quality is important. Ducted systems tend to collect dust, pollen, mold, pet dander, and other airborne contaminants, which reduce air quality and can lead to potentially serious health problems including eye, nose, and throat irritation and increased risk of cardiovascular and respiratory illnesses. When you invest in a mini-split system, you could be investing in your health as well.

Unlike ducted HVAC systems, mini-split systems provide no place for airborne contaminants to accumulate. Instead, they ventilate and cool the home with clean air, improving air quality, and reducing the risk of respiratory harm.

The same Ductless AC system that keeps homeowners and their families cool all summer long can also provide ductless heating in the winter. That means no more switching over from central air to heating systems. Just turn the thermostat up, and the system will switch over to start producing heat instead of cooled air. Basically, to invest in a mini-split means investing in your indoor comfort.

Ductless air conditioning systems are the way of the future. Homeowners who want to install new mini-split systems need to find contractors who have experience with these advanced home cooling methods. That’s where Air & Energy comes in.

Air & Energy is a family-owned business that has been providing cooling services to Brandenton residents since 1983. In addition to mini-split AC system installations, they also offer plumbing and electrical services, generator installations, and more. Visit the website to get started today.

Why Buy from a Trane Comfort Specialist

If you’re in the market for a new air conditioning system, you may already have a good idea of what brand or manufacturer you prefer. Here at Air & Energy, we partner with Trane because we think their A/C units are the best choice available! But, your experience...
Read More

The History of the Garbage Disposal

Garbage disposals today are robust, bladed machines that allow us to quickly dispose of food waste that would otherwise sit to rot in the garbage can. These impressive kitchen gadgets are so popular, they’re installed in about half of all U.S. homes. For many home...
Read More

What causes cloudy water? When you turn on your kitchen faucet, you probably expect delicious, crystal clear water to come flowing out. Unfortunately, sometimes tap water can look milky or cloudy. Don’t worry – there are solutions! And, since every good solution...
Read More

If you’re looking to upgrade or replace outlets in your home, you may be surprised to find that there are several different types of electrical outlets available. But, don’t let the options overwhelm you! Each type of electrical outlet has its own special use case to...
Read More

Not every A/C problem can be tackled with a quick fix. But, every now and then there is a simple solution to common air conditioning problems. We’ll share three common reasons your thermostat is blank. Plus, we'll share some simple solutions you can do yourself!...
Read More